Guerilla WordPress installs are websites which use a WordPress Content Management System in such an unconventional way that it’s almost impossible to recognize them as WordPress-powered sites.

Below you can see a few of Alex Walker‘s favorite incognito WordPress sites, courtesy of SitePoint Design View via 1001Templates:

WordPress as a cloud-based music service
Spotify is one of the largest streaming music in Europe, currently offering over 8 million tracks for play. Clearly this is a serious web application with some enterprise-level technology powering it.

Nevertheless, Spotify chose to skillfully weave all this beefy tech muscle back into a WordPress content management system.
Wheels are not for the reinventing.

WordPress as a Daily Tech Newspaper
Mashable’s rise has been even more amazing than that of WordPress. Originally conceived in 2005 as a showcase for Web 2.0 mashups, the site has evolved to overtake the likes of Gizmodo and Engadget in the hypercompetitive tech/gadgets/social media news arena.
Mashable’s biggest problem has always been exposing its best content. As it publishes so frequently, often valuable, timely content can sink before it ever gets a chance to gain traction. 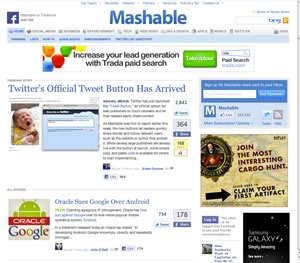 Mashable’s latest theme tries to tackle this by using Facebook, Twitter and Digg to bubble its trending stories back to the surface. It seems to be working, as Mashable is currently second only to Huffington Post on Technorati’s list.
Thankfully, Mashable has backed up its open-source credibility by releasing this most recent WordPress theme to the general public.

WordPress as a graphics candy store
Icon Dock is a online store for purchasing web icons and UI elements.
As you might expect from a site trading in graphical goodies, the visuals are lush and lickable. It also has a rather sexy, ever-present, drag-and-drop shopping cart system.

It’s fun, easy on the eye, and well executed. 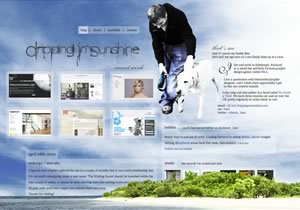 Alex described it as “a consciously untrendy but memorable design.”

WordPress as an Undergroud Hiphop Glossy
Like the music it chronicles, UGSMag looks handmade, edgy, layered, and streetwise. The cover page design uses the rule of thirds to present each new article as a graphical card. 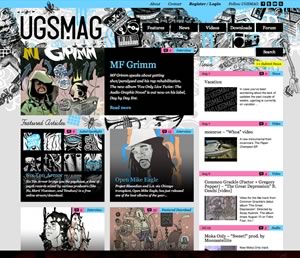 This is a very original, engaging, and non-WordPressy design.

WordPress as a resource library
Forgeting about its WordPress foundation, TextureKing is a really useful site in its own right, offering hundreds of free, high-resolution texture images carefully sorted into a dozen or so categories. 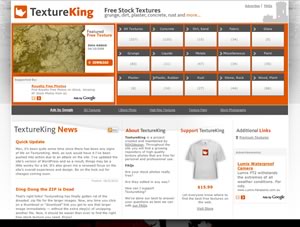 By Alex Walker
Editor of the SitePoint Design View
WordPress